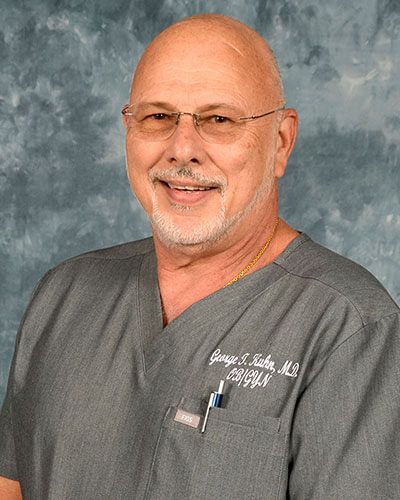 As a native Houstonian and born at St. Joseph Hospital, George T. Kuhn, M.D. has served our community for over 35 years. He is Chief of Staff 2020 at St Joseph Medical Center and is Authority in Subdermal Contraceptive Devices.

Dr. Kuhn has held numerous leadership positions including Chairman of the Department of Obstetrics & Gynecology at St. Joseph Hospital Medical Center, and president of the Houston Gynecological & Obstetrical Society. As a Board Certified Obstetrician & Gynecologist, Dr. Kuhn is a clinical instructor at the University of Texas Medical School at Houston and Assistant Professor at Weill Cornell Affiliated Residency Training Program at Houston Methodist. He has given lectures on numerous subjects and has been a contributing author of medical textbooks. Dr. Kuhn is the founder of Women's Healthcare Associates. 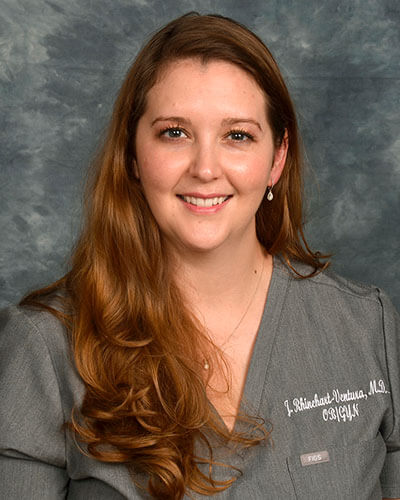 During her residency training, Dr. Rhinehart-Ventura completed a research project on the induction of labor, and gave an oral presentation at the Society for Maternal-Fetal Medicine Annual Meeting of 2014, in New Orleans, LA. Her manuscript, Evaluation of outcomes after implementation of an induction-of-labor protocol was published in the American Journal of Obstetrics and Gynecology in 2014.

Dr. Rhinehart-Ventura is a junior fellow of the American College of Obstetrics and Gynecology. She is devoted to providing compassionate, evidence-based care to the women of Houston, and her particular interests include high-risk obstetrics, vaginal birth after cesarean section, and minimally invasive gynecological surgery. 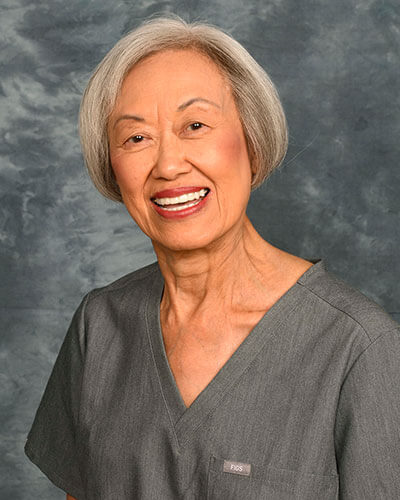 For her undergraduate degree, Dr. Tjoa attended Bennet College in North Carolina. She pursued her master’s degree in microbiology at the Illinois Institute of Technology, followed by a Ph.D. in human ecology from the University Of Texas School Of Public Health. Dr. Tjoa pursued her medical degree at the University of Texas Medical School at Houston, also completing a fellowship program in infectious disease. 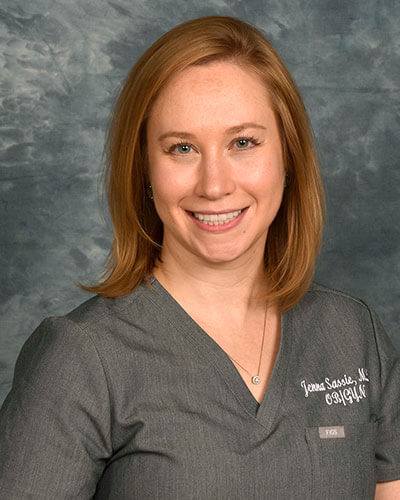 Dr. Jenna Sassie grew up in the suburbs north of Houston and graduated from New Caney High School. She obtained her undergraduate chemistry degree from Sam Houston State University with honors and then moved to Houston to attend the University of Texas Medical School at Houston (now McGovern Medical School). Dr. Sassie knew she had an interest in surgery and women's healthcare early in high school while volunteering at a local hospital in Kingwood, TX. She completed her obstetrics and gynecologic training with the Houston Methodist OB/GYN residency program, where she earned multiple awards including resident teaching awards, the Joseph A. Lucci chief of the year, chief resident of the year and the AAGL minimally invasive surgeon award.

Dr. Sassie is a junior fellow in the American College of Obstetrics and Gynecology, a member of the Houston Gynecological and Obstetrical Society, and a member of the AAGL. She has an interest in education and resident teaching. During medical school and residency, she completed abstracts involving Medicaid eligibility and gynecologic oncology. She also contributed to the Case Files Obstetrics and Gynecology textbook. Dr. Sassie is board certified in OB/GYN and looks forward to expanding her practice by caring for women in the Houston area. 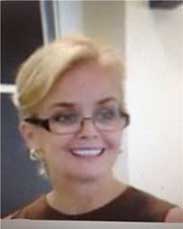 Dr. Curtis has 24 years of experience in the field of women's health; in private practice, as a hospitalist and as a consultant physician for numerous organizations. She graduated medical school from Texas Tech University in Lubbock, TX and completed her Obstetrics and Gynecology Residency at Cleveland Clinic.
As an associate professor at UT Houston Health Center, she has been awarded several honors related to the improvement of women's health, office based safety programs and healthy communities. She has been published in many journals that are available upon request. 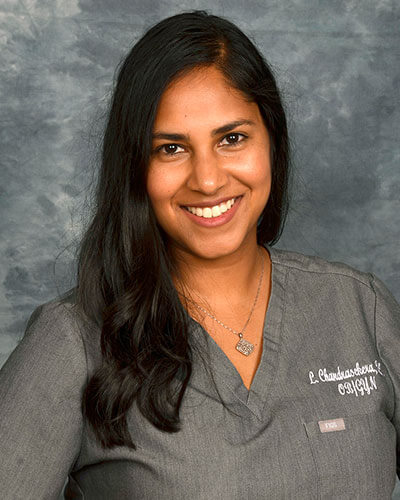 Dr. Chandrasekera grew up in Zambia but later moved to San Antonio, Texas where she graduated from Ronald Reagan High School. She spent most of her summers here volunteering at the local hospital doting on newborns, hoping to one day enter the healthcare field. She then traveled north to Baylor University in Waco, Texas, where she completed her Bachelor of Science in Biology with a minor in Chemistry. She went on to complete her medical school at the University of North Texas Health Science Center- Texas College of Osteopathic Medicine, before making her way down to Houston, Texas where she finished her Obstetrics and Gynecology residency at the Houston Methodist Hospital.

During her training Dr. Chandrasekera received multiple awards including those for resident teacher of medical students, Chief Resident of the year and the Dr. Perry Klein Outstanding Resident in Obstetrics and Gynecology. She also has been trained and certified in both the Fundamentals of Laparoscopic Skills and the da Vinci Robotic System.

Some of Dr. Chandrasekera's main clinical interests are high-risk obstetrics and minimally invasive gynecologic surgery. She is looking forward to serving the women of her community and building her practice here in Houston, Texas.

Call Our Office to Schedule an Appointment

Back to the top